Destination Jordan: Top reasons why your next travel should take you here in 2022

Home Travel Stories By Us Destination Jordan: Top reasons why your next travel should take you here in 2022

Destination Jordan: Top reasons why your next travel should take you here in 2022

Many of us travel enthusiasts in Nigeria would have been seeing adverts all-around destination Jordan, and you might be wondering what is going on gan?

Well, you’re right to ask because up till October 2021, Nigeria was a restricted nationality for visa acquisition, but this has now been lifted for a minimum of 5 travellers (with sponsorship from an agent, like us be it in Nigeria or Jordan itself).

Jordan tourism board also partnered with our company Nigerians Travel Too, to promote their beautiful country. We hosted them in Nigeria between October 31st – November 8 where they had various events for travel/tour operators and travel lovers in Lagos, Abuja, Kano and Kaduna respectively.  The main products of Jordan tourism range from Luxury, leisure, medical tourism, religious tourism (Christian and Muslim), history, adventure and culture.  When asked to describe the country Jordan in a few words, nothing comes close to a ‘buffet of experiences’. 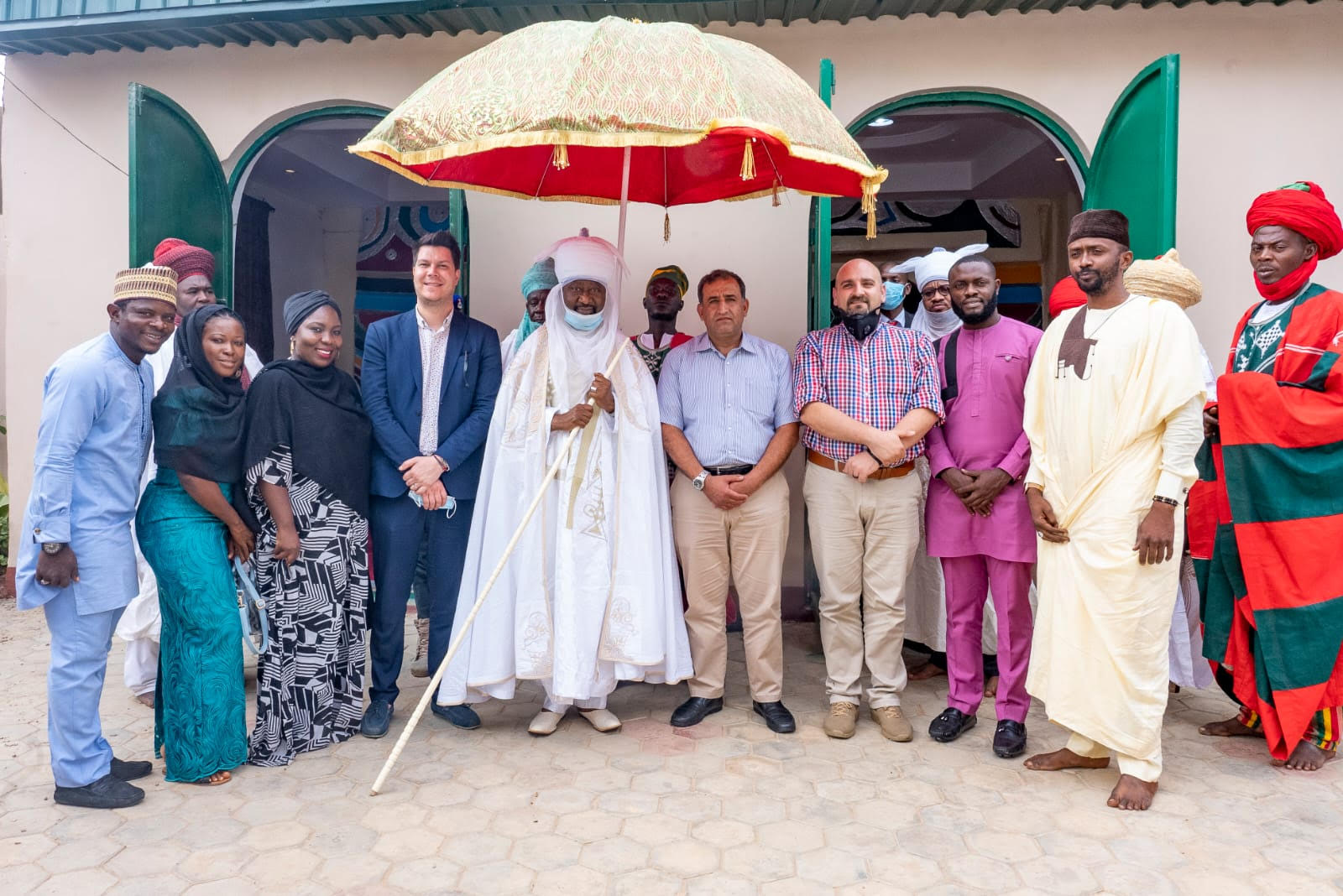 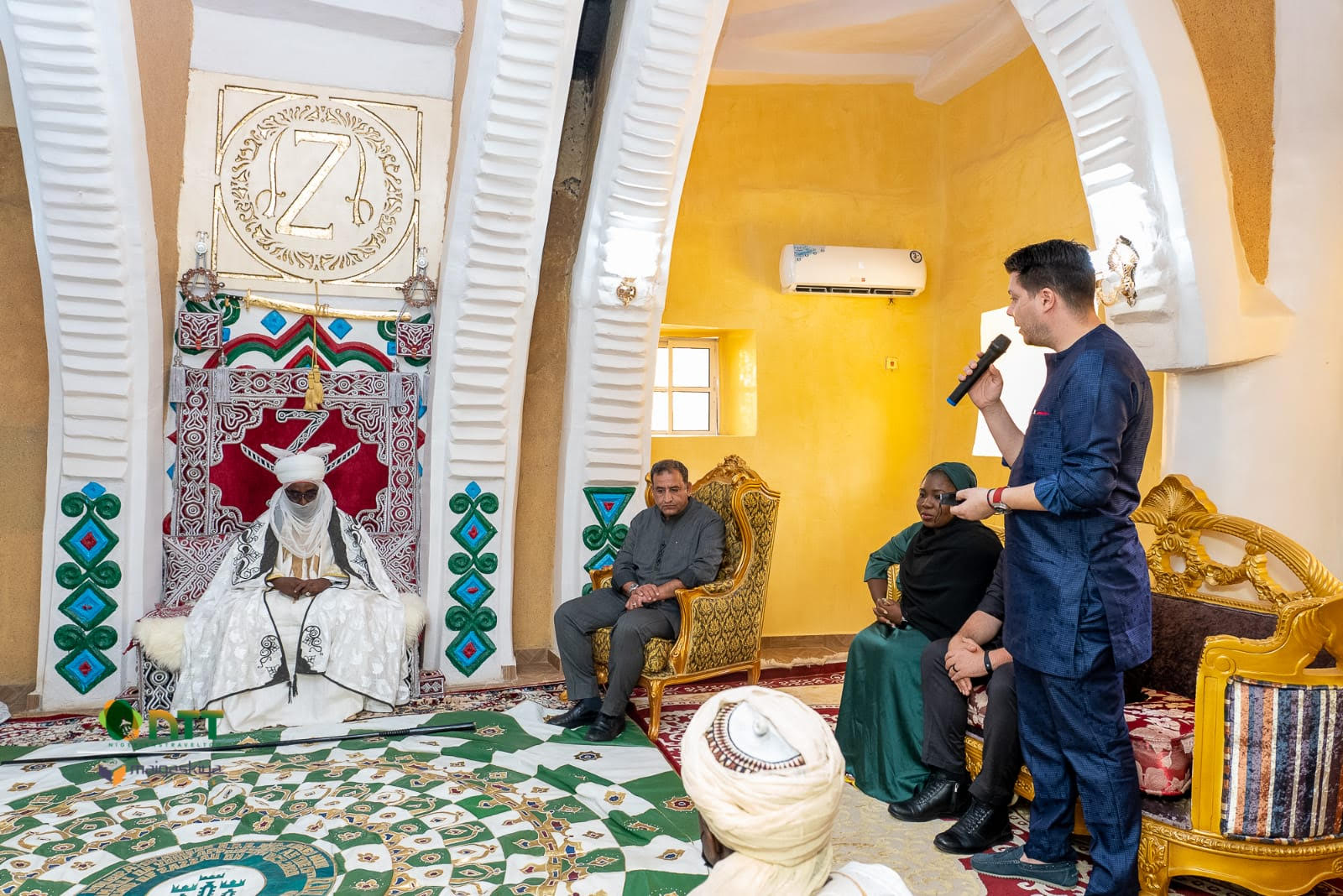 You’ll never be short of activities be in adventure and tour lovers, neither would you be short of luxurious hotels for those who just wish to relax.  The truth is, don’t mix luxury and adventure as it wouldn’t be value for money, like why stay in a high level 5* like Fairmont hotel, if you plan to be out for tours for 10 hours? That is all your hotel time on the road!

Jordan is one of the Levant countries, in the middle east. Officially the Hashemite Kingdom of Jordan is a country in Western Asia. It is situated at the crossroads of Asia, Africa and Europe. Sandwiched between Syria, Yemen, Lebanon, Egypt, Israel and Saudi Arabia.  The direct flight distance between Nigeria and Jordan is 5hrs 30 mins, but there is no direct flight presently.

Is Jordan a Christian or a Muslim Country?

Jordan is a tolerant, Islamic state that welcomes all religions. A majority of Jordanians are Muslim, cities in the south of Jordan, have the highest percentage of Muslims. Christians, living mostly in Amman or the Jordan Valley, make up 6% of the total, with 1% representing other religions. Most of the Christians are either Orthodox or Catholic. Religion is an open and well-conversed aspect of Jordanian life, with numerous missionary groups in the country. Islam is being practised in this country in one of its milder forms: a visit to Jordan can really help you get rid of prejudices and stereotypes about Islam

While the media often depicts tension across the entire Middle East especially countries neighbouring Yemen and Syria. According to a World Economic Forum Report, Jordan is even safer than Germany or Great Britain. Harming or stealing from tourists has harsh punishments for offenders and so you’ll hardly feel unsafe, even at night or you walking around by yourself. Jordan prides itself in its high-level security technology and most global nations come to Jordan for training. You will find high-security presence and metal detectors at hotels and public buildings, tourist police at major sites, and military checkpoints around border zones. This security presence is not in response to crime, it’s in place in order to prevent it. Despite the ongoing political movements alongside Jordan, it is a politically neutral country and is always committed to cooperating with all parties without going deep into problems of the Middle East (I always describe Jordan as the side chic of all middle east countries). So yes go see for yourself, Jordan is very safe.

What is the currency?

The Jordanian Dinar is not our mate! It’s even higher than the currency with surname, pounds sterling. 1JD = $1.41, so break your bank savings to acquire the premium enjoyment you deserve.

How do I get there?

How much should I budget for a decent trip to Jordan?

Considering flights costs ranges, A decent 4-star accommodation, with breakfast, up to five towns (dead sea, petra, Aqaba, Amman and wadi rum desert )and sites including entrance fees, and visa would cost range between. Besides needing the visa sponsored by an agent, you’ll also benefit from good rates they can attain for entrance fees to sites etc. Some sites like Petra cost as high as 50JD per person. Should you however wish to live a luxury life with little adventure then you would spend at least $2500 – $4000 for 2 nights at a high 5-star like Fairmont, 2 nights at Kempinski (dead sea), 3 nights in (Hyatt Aqaba)

What can I expect?

Hmm, we don’t want to be a party to cheating, so we can’t give you the answer, you’ll need to go see for yourself to know. All we can say is, Jordan is not for churches and mosques or history only. Lots of shopping malls, mid to high end, adventure seekers paradise -parasailing, hot air balloon, hiking up the mountains, desert living, For lovers of nightlife, premium enjoyment with your favourite afro beats in the bars and clubs. For lovers of rejuvenation, how about you combine dead sea mud + dead seawater bath and head our to Main hot springs thereafter (your life will never be the same, thank me later). For those who love history and collectors of world wonders, then you won’t feel left out in Jordan. Should you also wish to visit for religious curiosity, you’ll find your answers in Jordan. Did someone say Oya let’s be going? 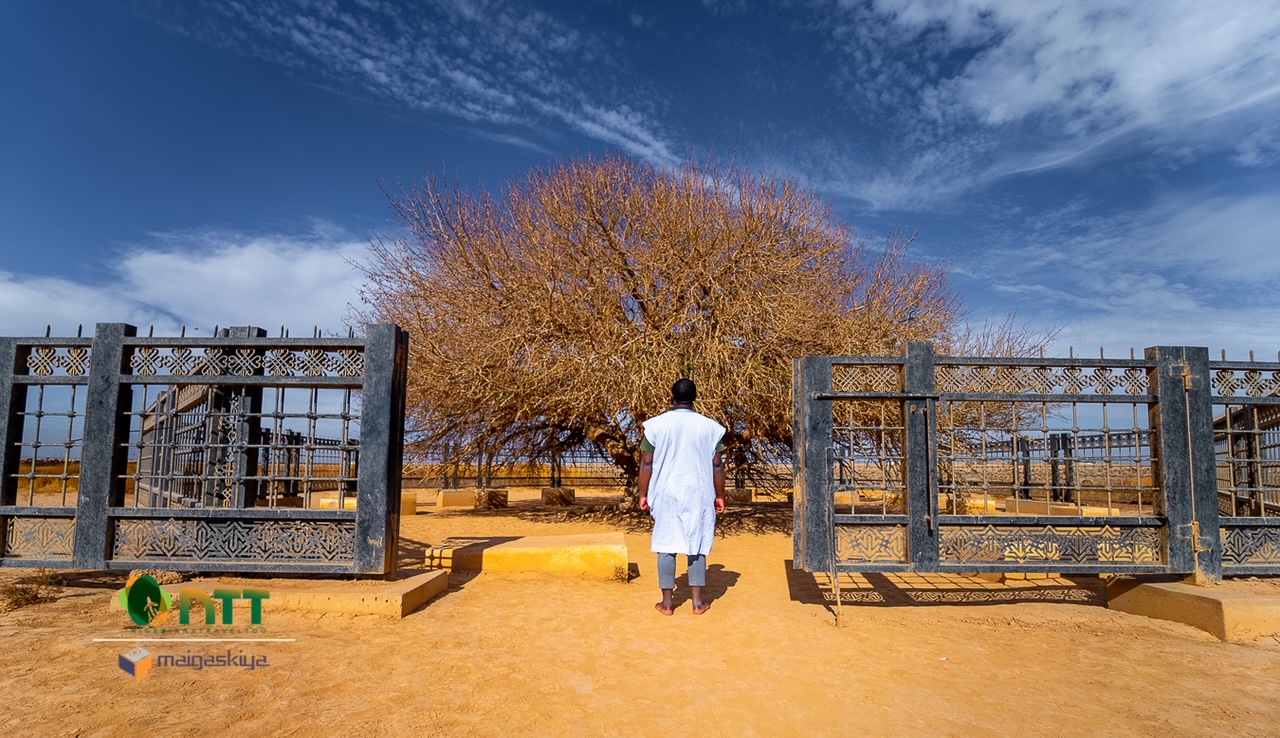 When is the best time to visit?

The best time to visit in terms of cost – in the winter months November – March. The weather during this time drops low up to 4 degrees in some parts like Amman, up to 8 degrees in some parts like the dead sea, Aqaba up till 16 degrees, the desert is up to 16 degrees in the daytime, but drops to 0 degrees at night (don’t worry, most desert camps have heaters). So it’s a mixed experience and totally worth it if you wish to save some money. Best times to visit in terms of weather – Summer slay lovers, willing to splurge a bit more due to the peak season, the best time is between April- July and Sept-October, try to avoid August if you can (just as we avoid the UAE during the month of August because the heat is not from this planet). Best time to visit in terms of dreamy location to yourself – If you visit during the off-peak season, like winter, you won’t need to get on a long queue for the best spots for photos, nor would you need to wake up super early to avoid the crowd.

Jordan is not a country you can visit in a hurry. You would need at least 7 nights in order to get a minimum experience. This would include counting a thousand stars in the Wadi rum desert, Snorkelling in the red sea in Aqaba, a visit to Petra one of the seven wonders, floating in the dead sea and of course the historic capital of Amman. Should you however wish to do only 2 cities, e.g Amman and the dead sea, or Amman and Petra, then 4 nights, 5 days would be sufficient for your stay. 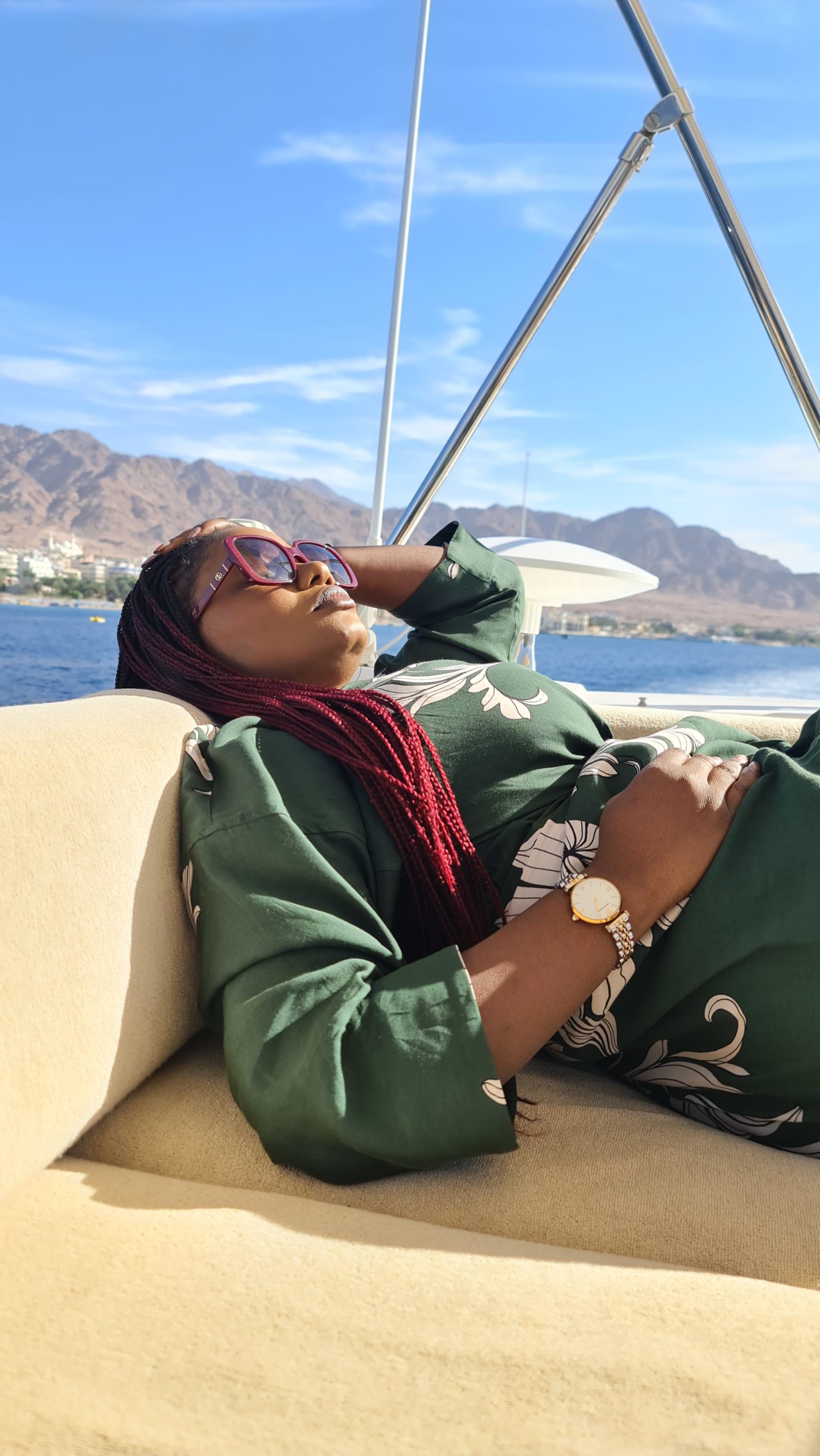 Lushest hotels: Let’s face it! Luxury hotels for me aren’t just about the beauty, comfort and amenities. It’s about the services and I can speak for the 5-star hotels I experienced in Jordan. Your comfort is their ultimate goal, as they should. When visiting Amman, my favourites remain- Fairmont, St Regis, Dead Sea- Kempinski, Petra- Marriot, Wadi rum- experience the bubble tent, or any luxury camp, Aqaba- Hyatt, Regency Ayla.

The wonder of the world: Petra is a wonderful masterpiece carved into a mountain in southern Jordan: Jordan’s “underestimated” treasures. The Treasury is the most magnificent of Petra’s sights (the most famous picture of Jordan you’ll see online). It’s perfect for climbing and hiking, getting the picturesque view of Jordan and most importantly getting lost in the wonder that got lost and was rediscovered in

The lost city of Petra was the trade link between Africa and the middle east. 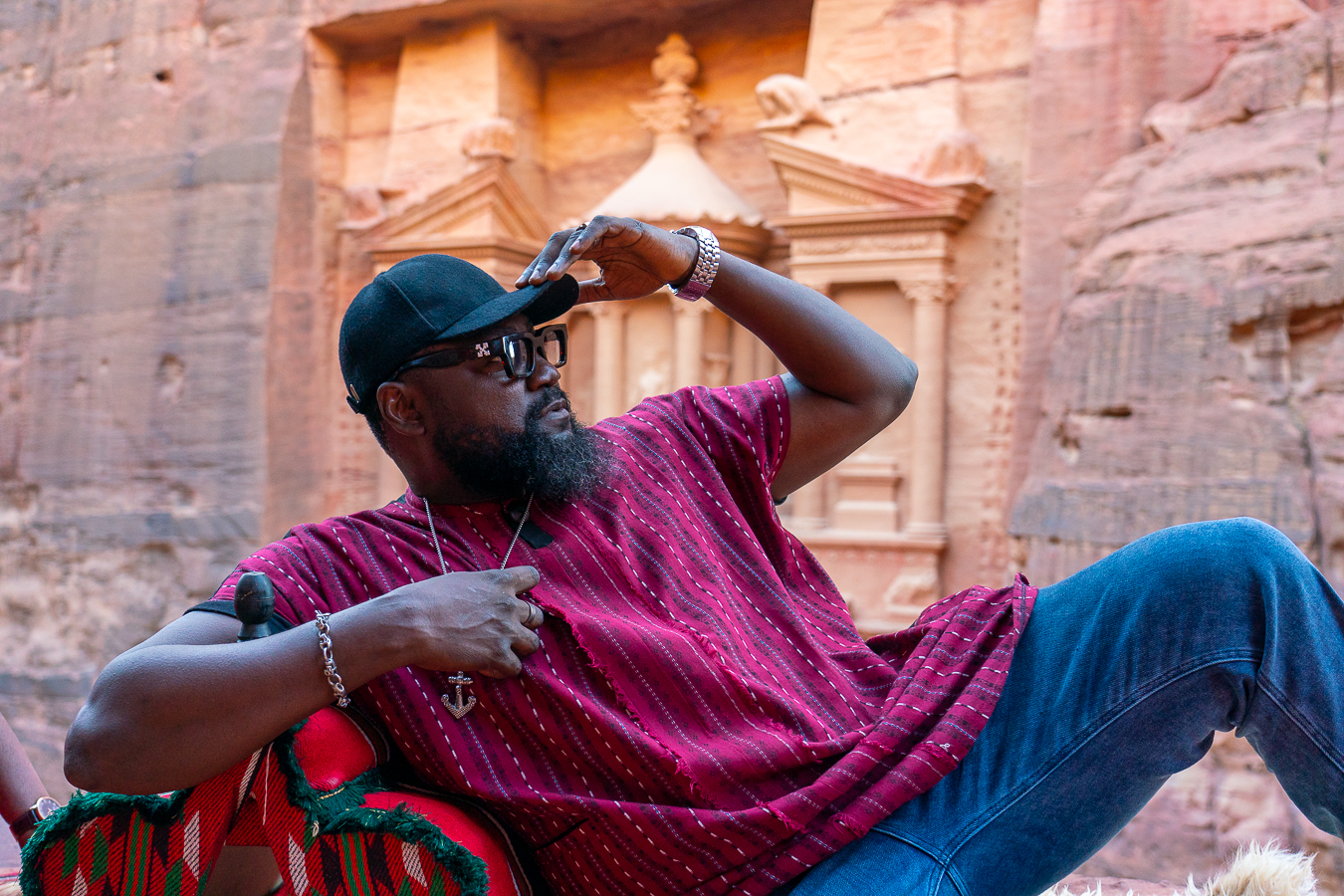 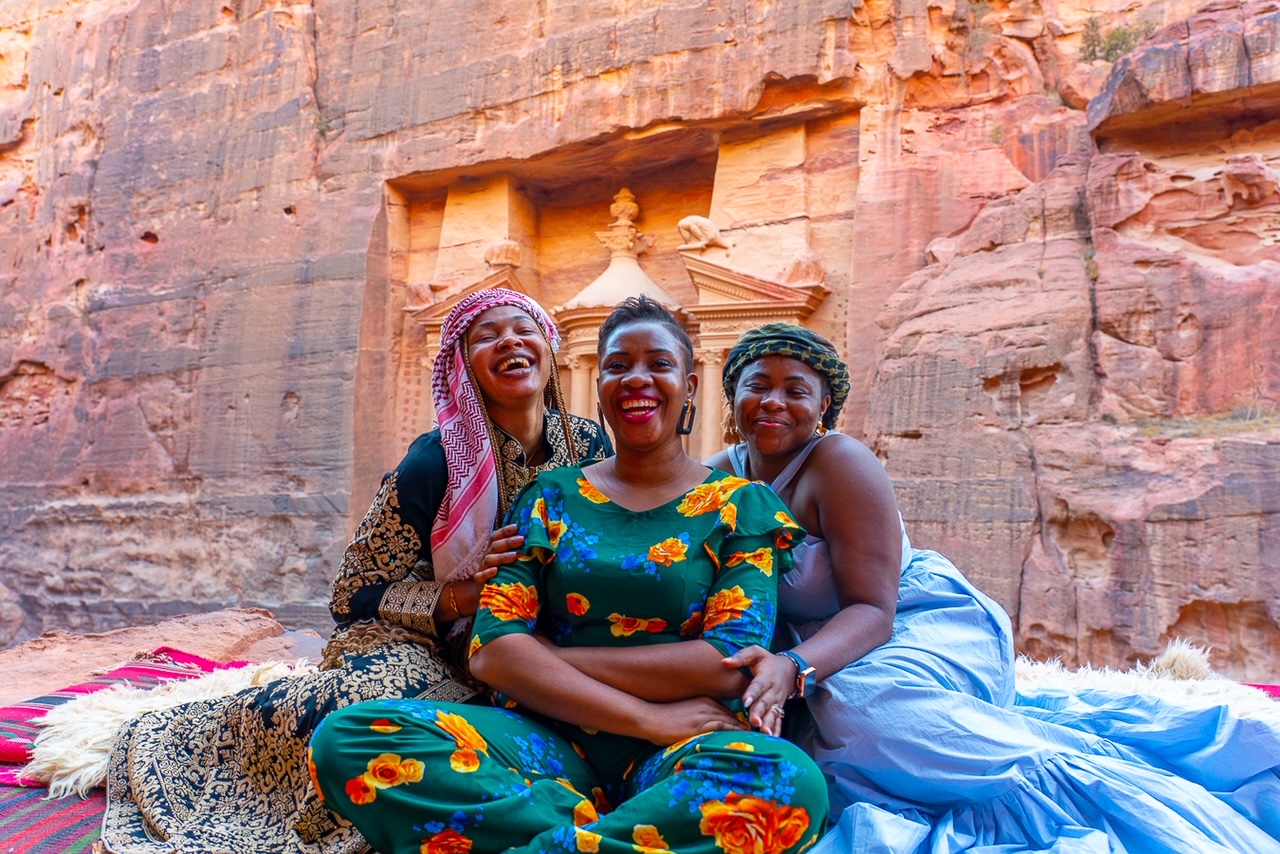 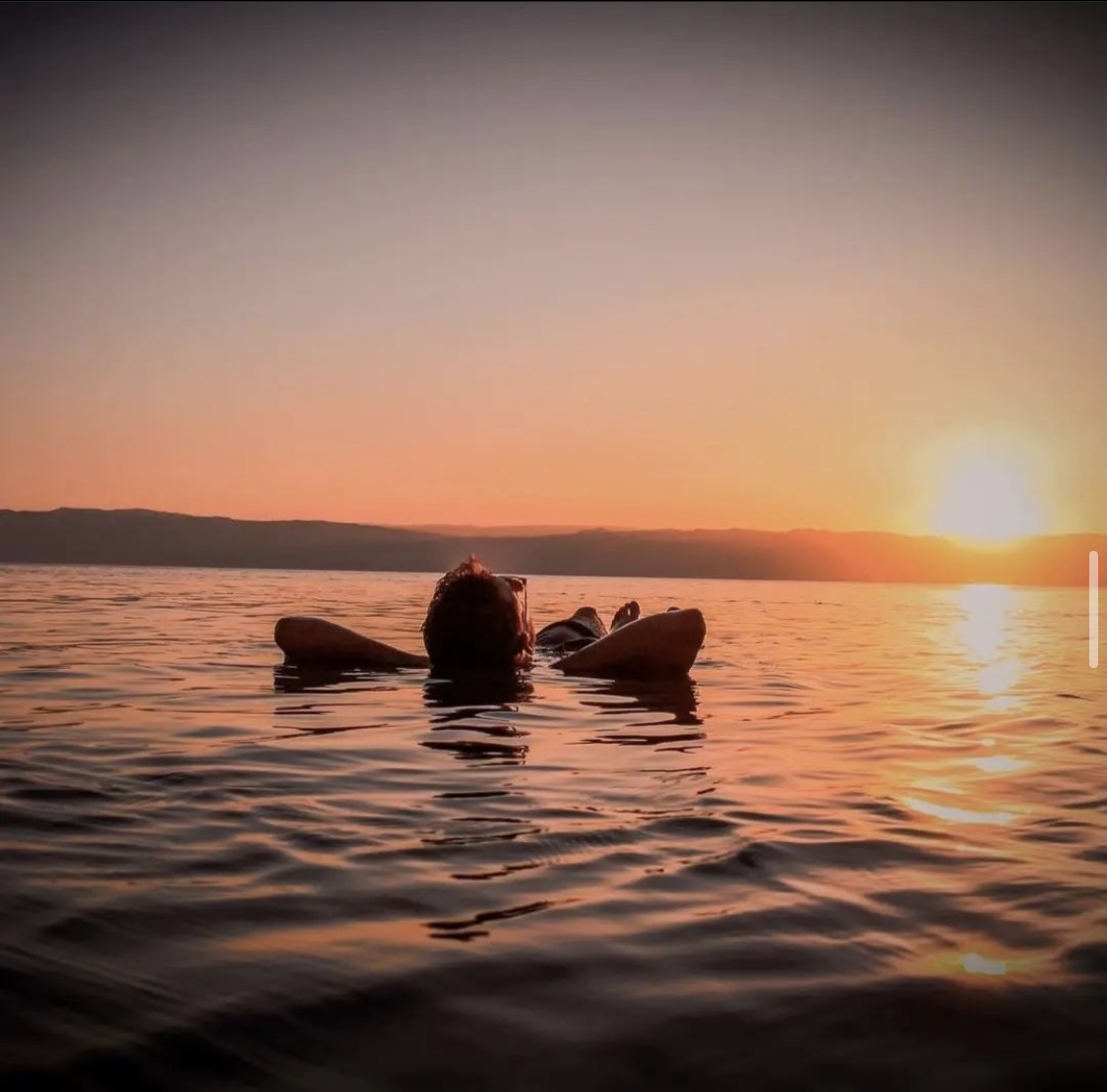 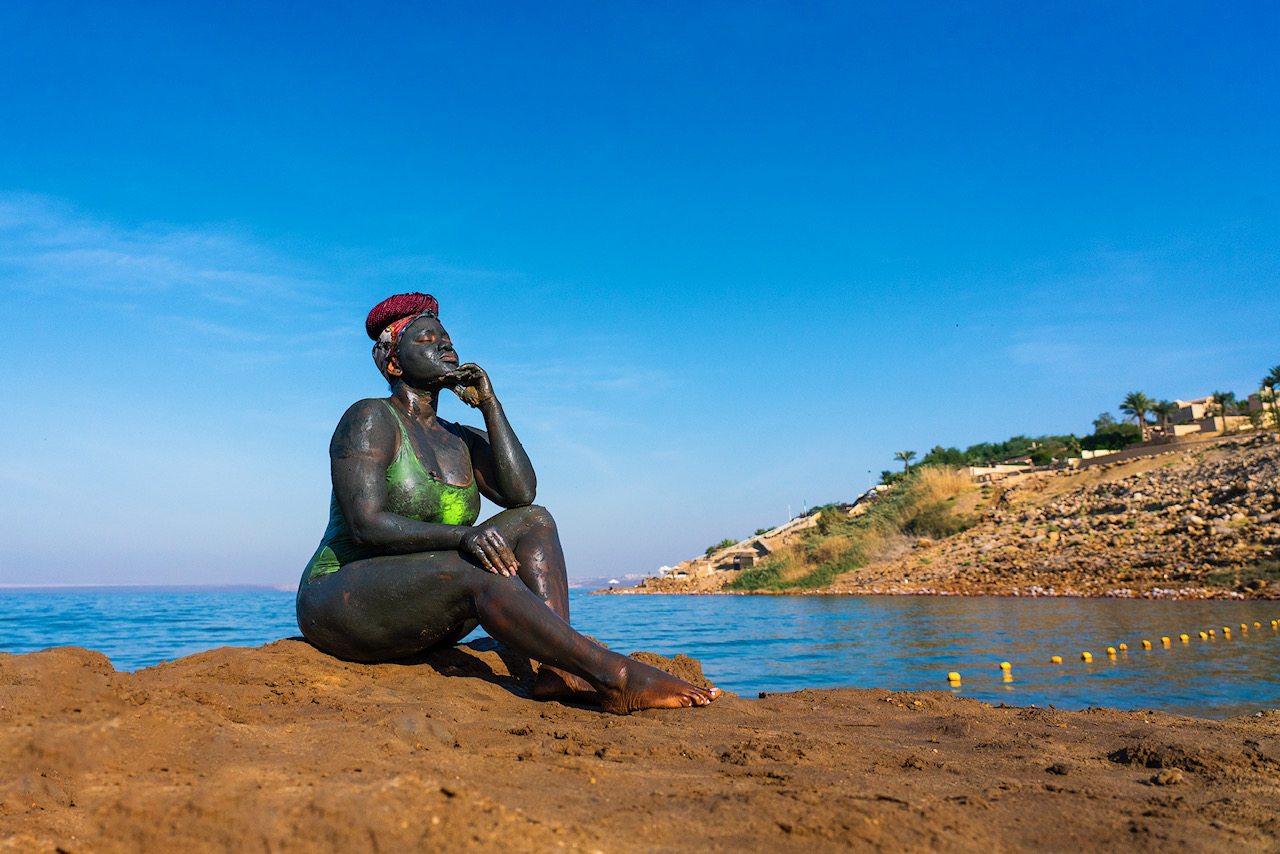 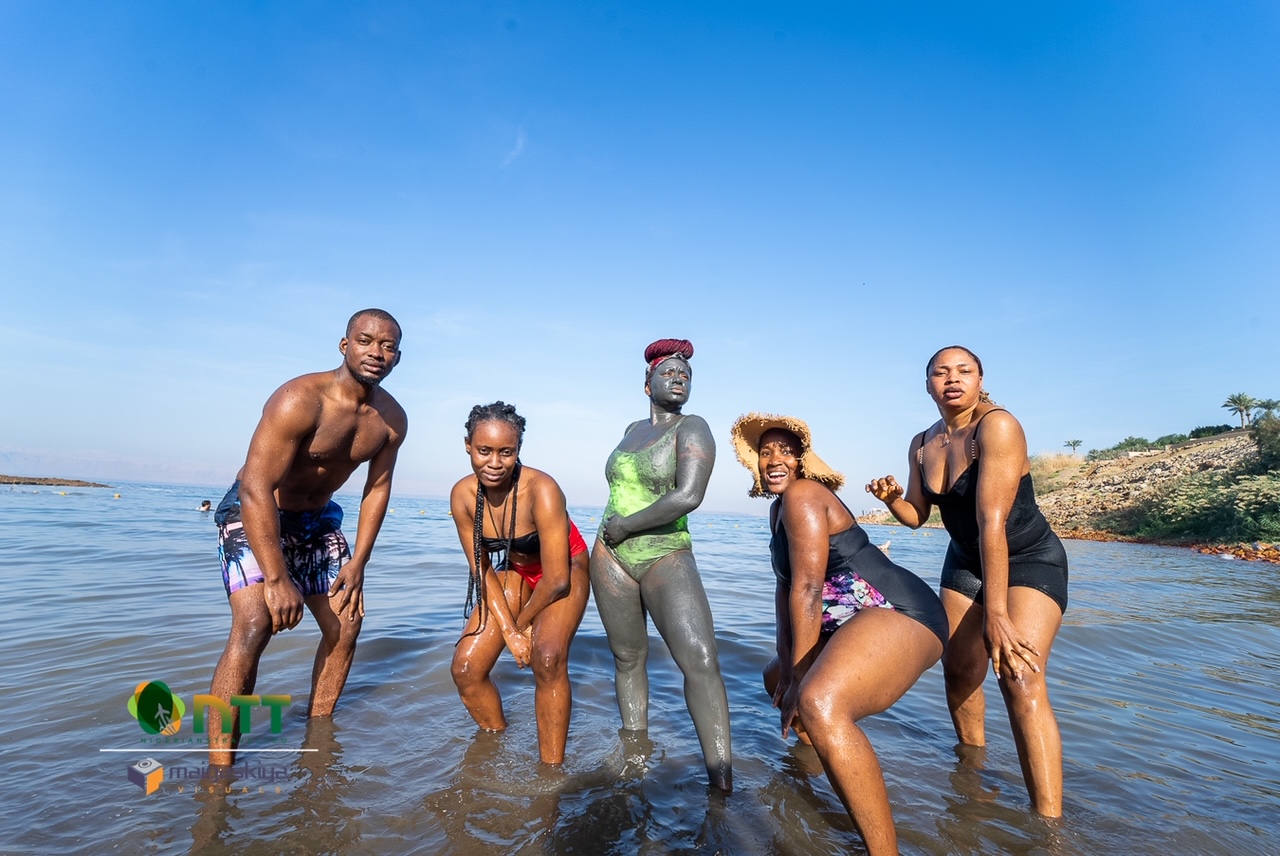 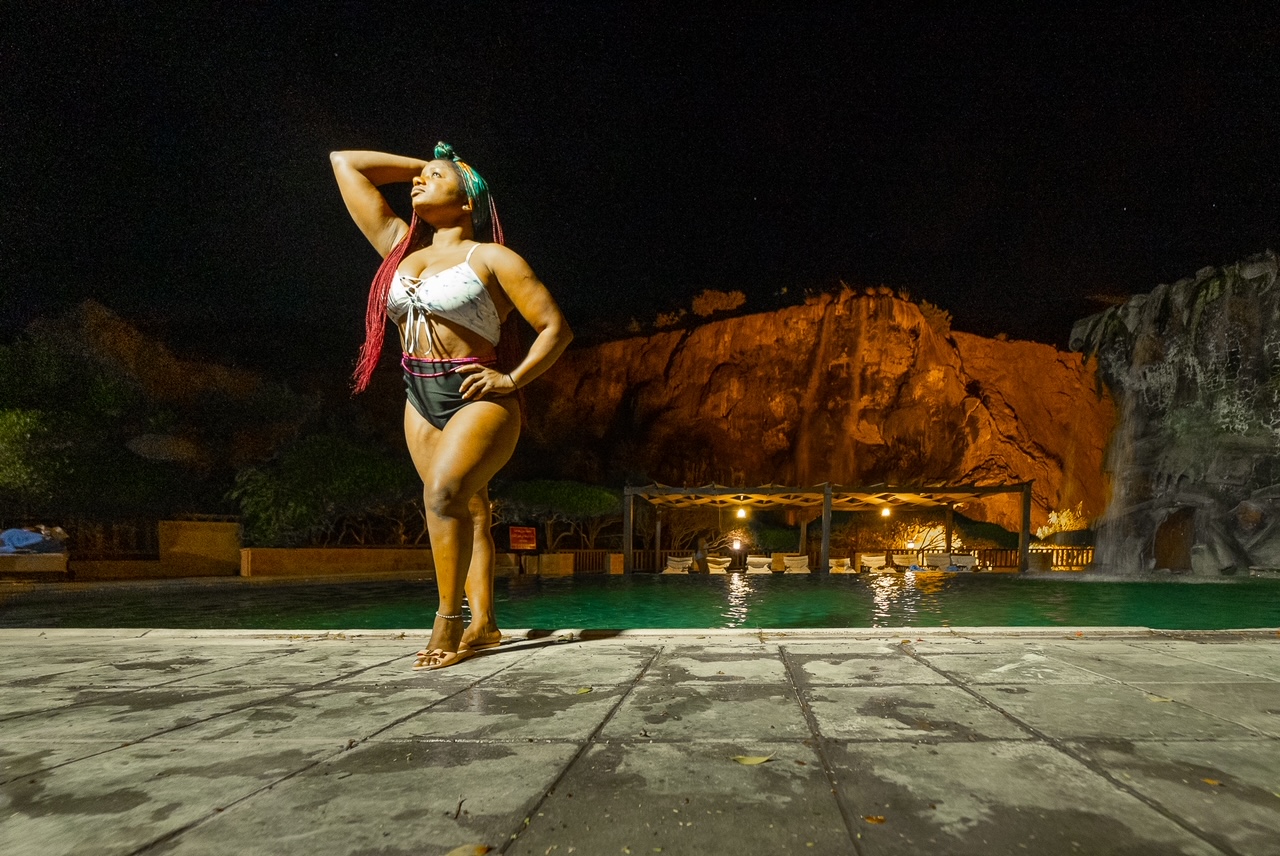 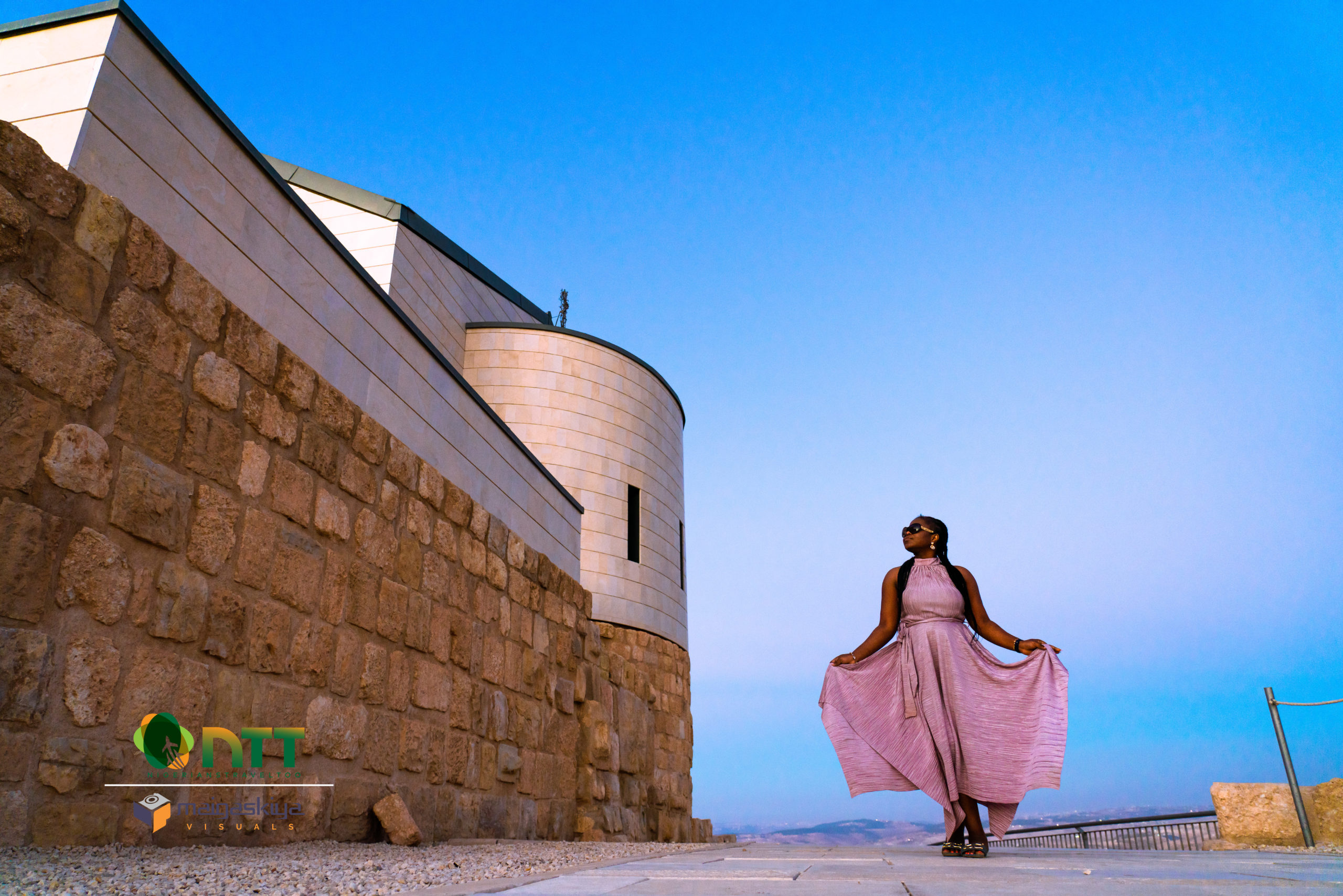 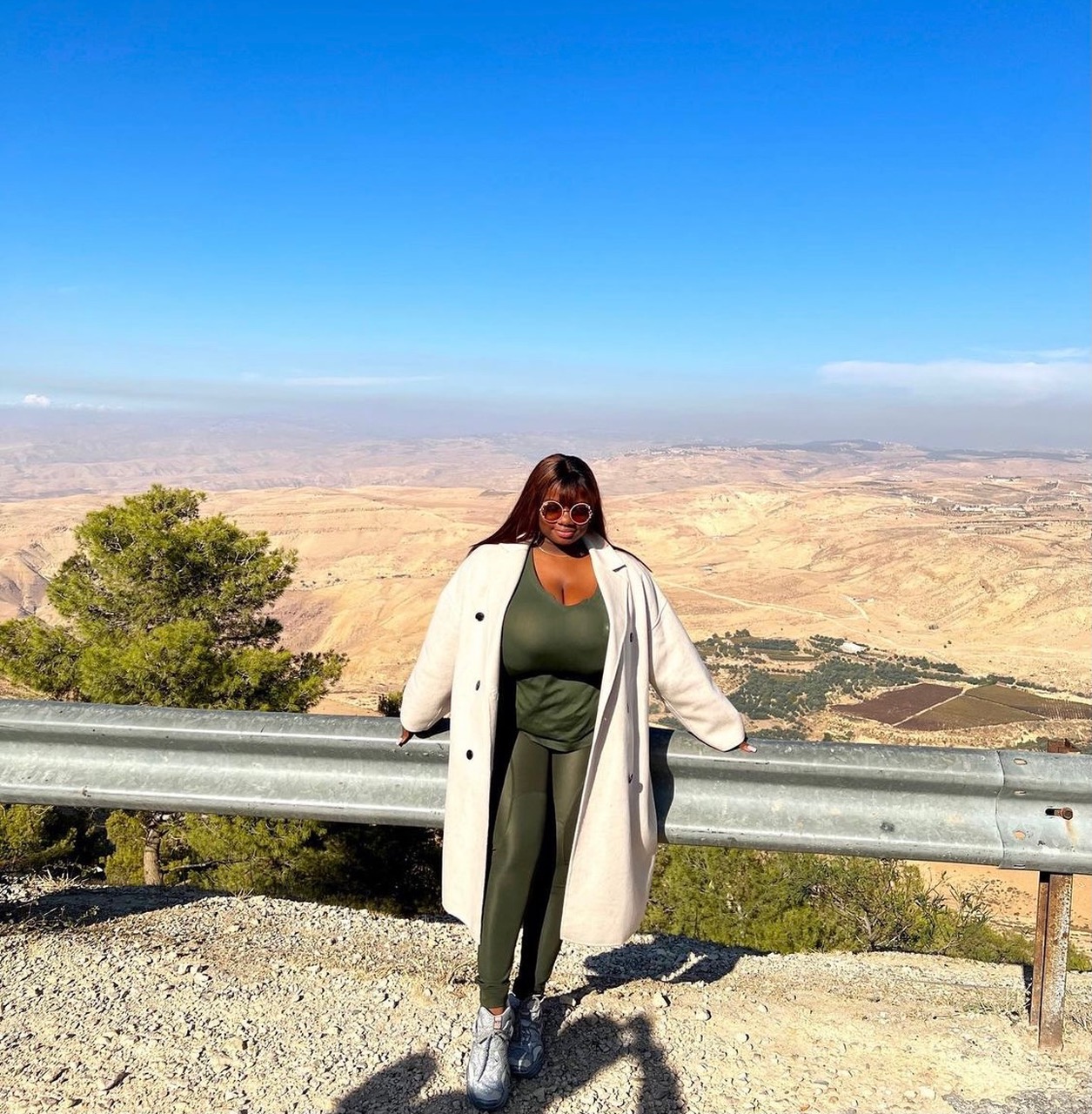 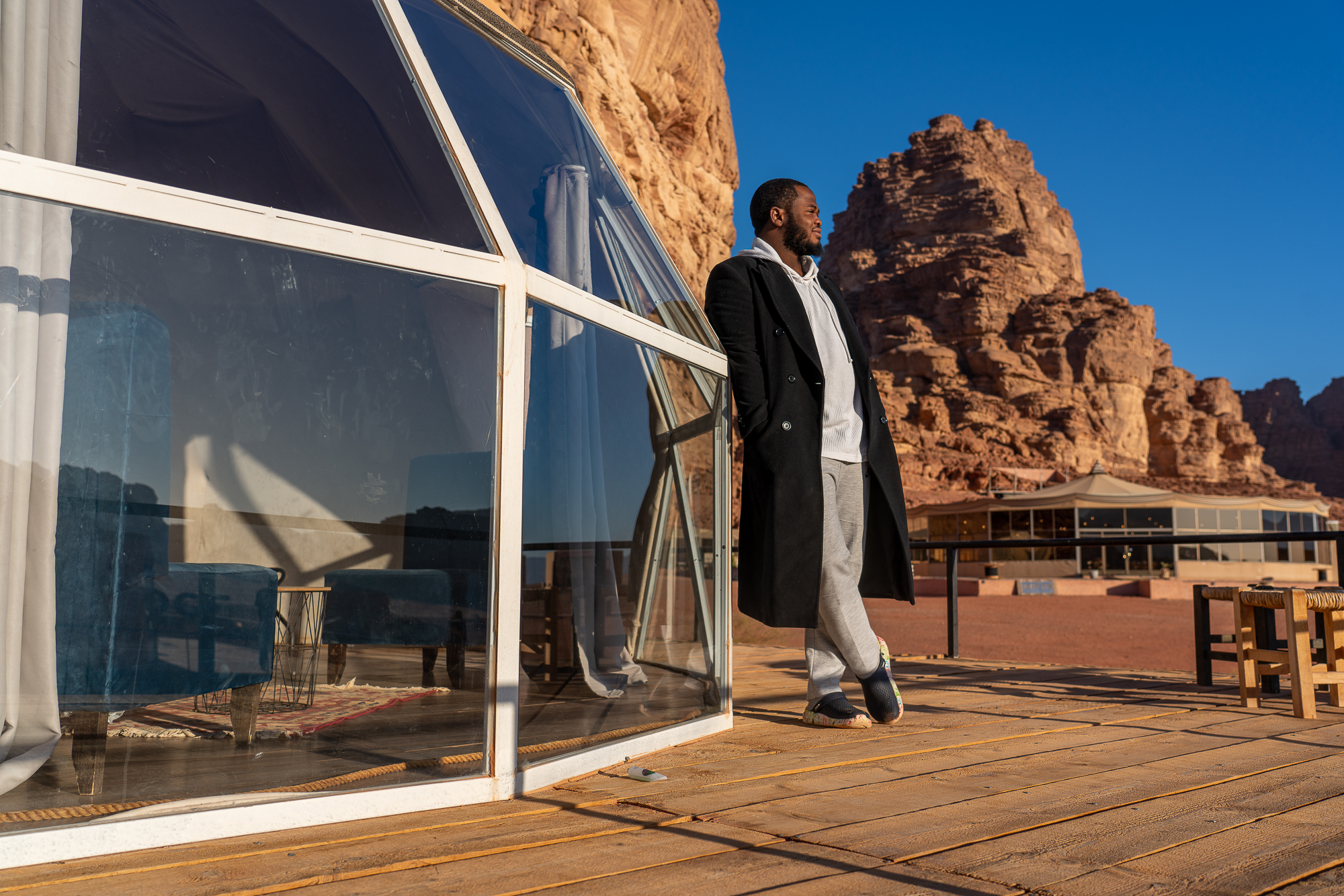 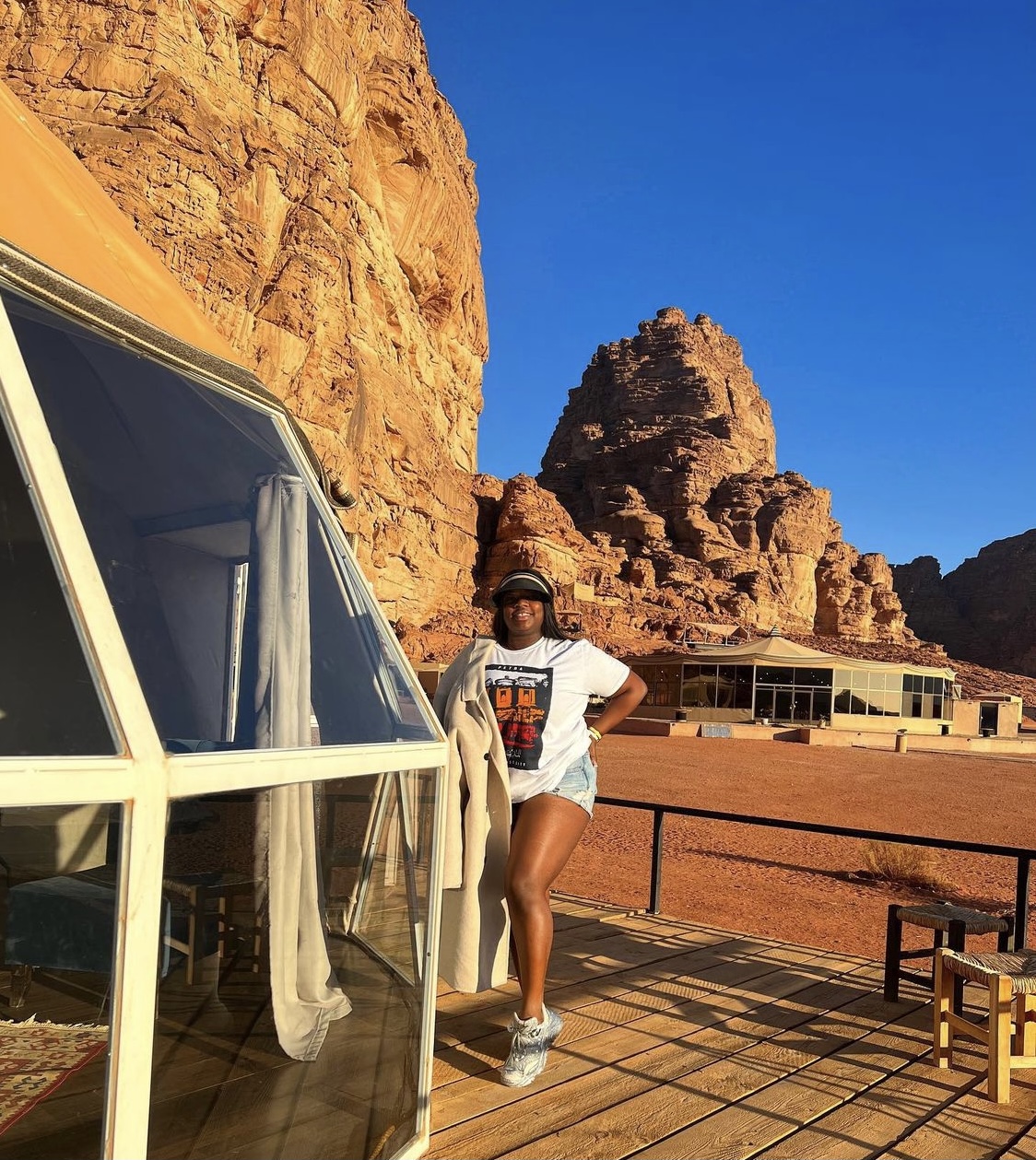 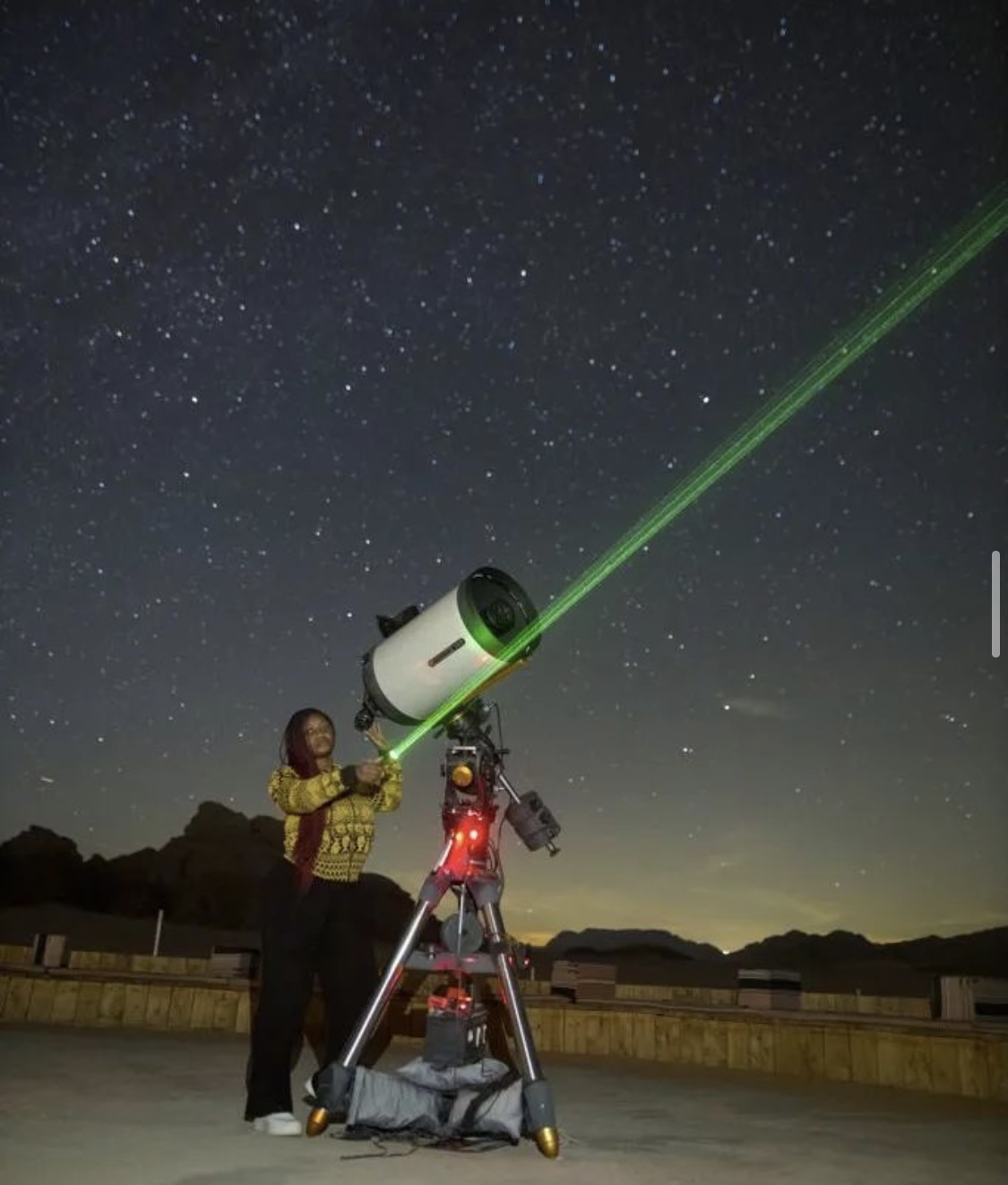 You also get to count a thousand stars whilst enjoying the bonfire. The other special thing about the desert is their local tea (boudin tea) it’s a must taste winner and also try Zarb (underground bbq chicken).

So in terms of accessibility and proximity; You can access Sharm el Sheik by sail in Egypt in less than 4hours from Aqaba, as long as you can find a group to join, you’ll be able to access a group visa to Egypt from Jordan. Lebanon is another easy access point, less than 1hr flight from Jordan, as long as you’re fully vaccinated, there are no quarantine measures in place, you’ll only need to show $2000 cash, your reservations and your $20 visa fee on arrival. Dubai as you already know is another easy access point with up to three daily direct flights from Jordan to UAE. Other countries of interest but the visas are stories for the gods. 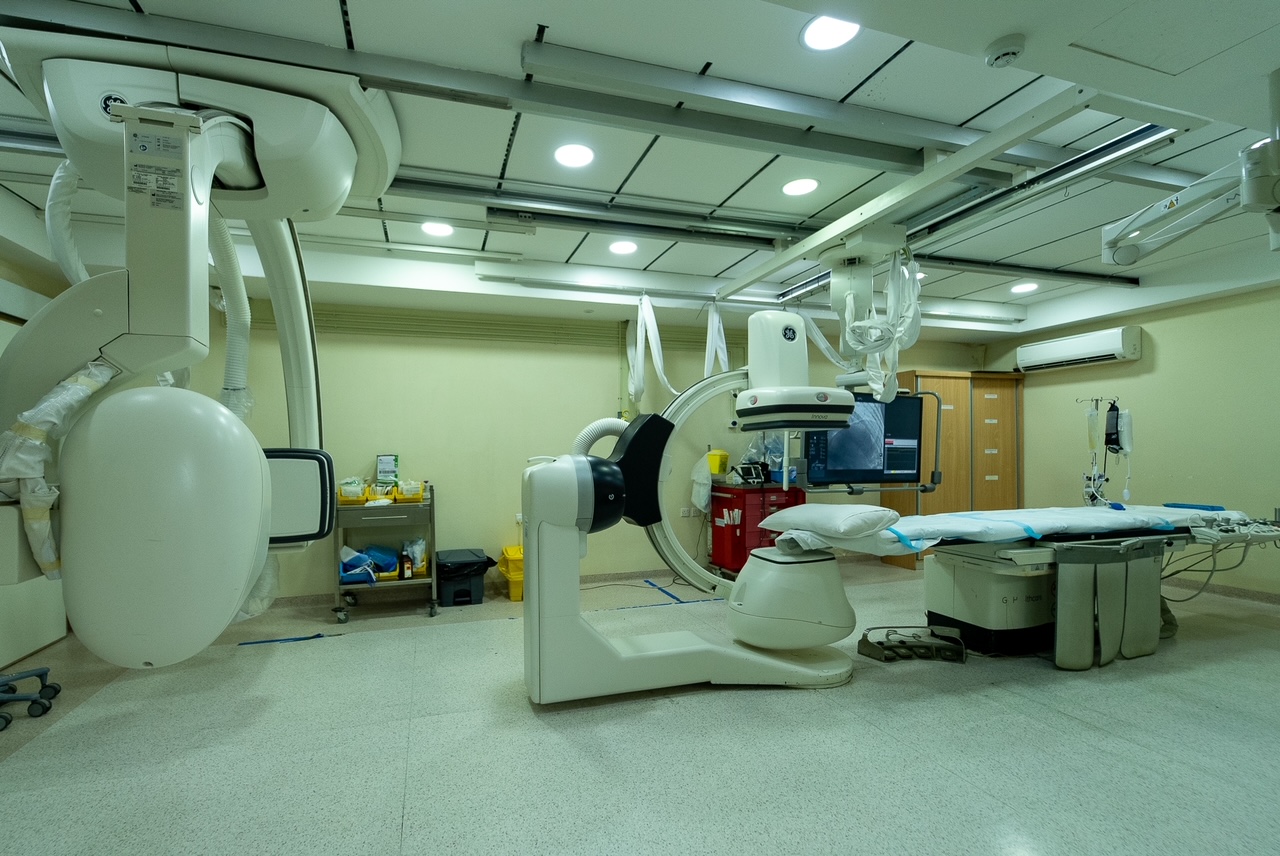 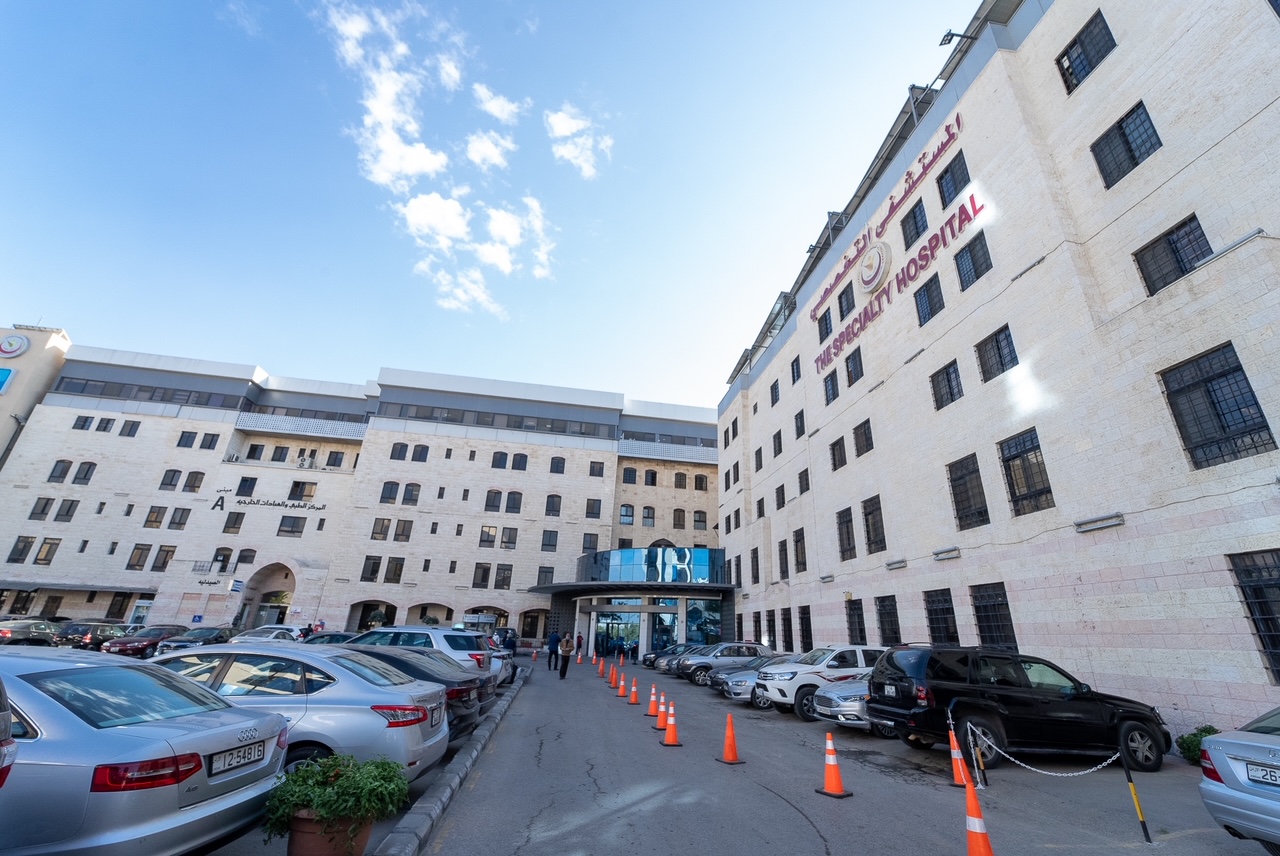 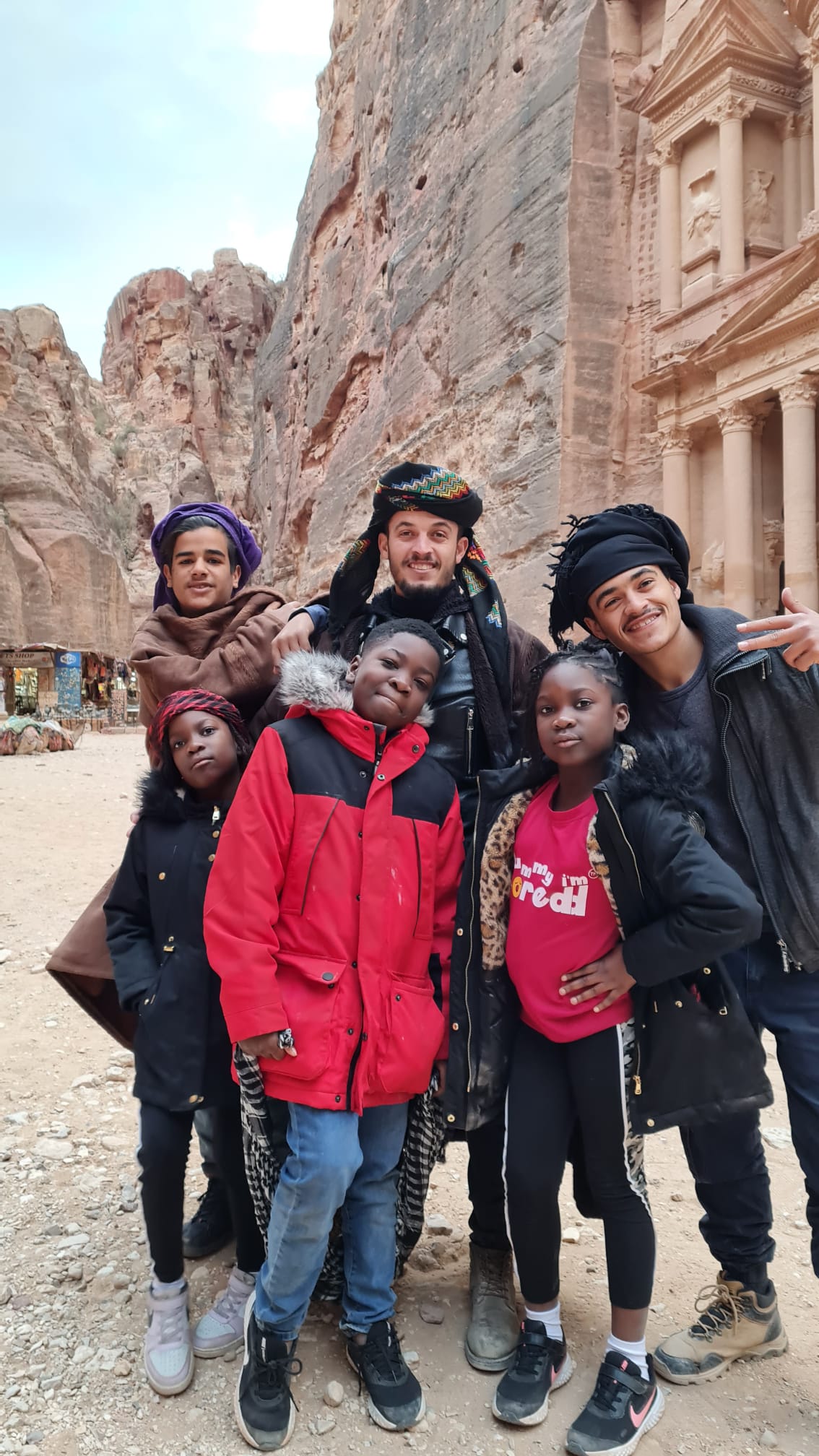 The best part, we have a trip to Jordan once a month, so you can benefit from the group visa for entry purposes.

Subscribe now and receive updates and travel news from us
© 2020 Nigerians Travel Too - All rights reserved.